A timely opinion piece by Simon Moya-Smith on CNN:

“Democratic presidential front-runner Hillary Clinton was being interviewed on CNN’s “The Lead” with Jake Tapper when she used a blistering term rooted in racism against Native Americans to describe Donald Trump, the leading Republican presidential candidate.

“I have a lot of experience dealing with men who sometimes get off the reservation in the way they behave and how they speak,” Clinton told Tapper.
Within hours, Clinton’s political director, Amanda Renteria, took to Twitter saying Clinton “meant no disrespect to Native Americans.” 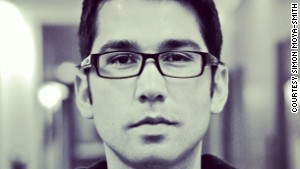 “About the use of an expression today that has some very offensive roots. … Divisive language has no place in our politics,” Renteria tweeted.
But here’s the problem with Renteria’s words: The phrase has nothing but very offensive roots.
In the 19th century, the U.S. government forcibly confined Native Americans (who, according to a New York Times article at the time, were considered “shiftless, untameable … a rampant and intractable enemy to civilization”) into prison camps, known today as reservations. None were permitted to leave the boundaries without permission from their white captors.
This, folks, is called forced imprisonment.
In fact, Adolf Hitler was inspired by the American reservation system.
John Toland, author of “Adolf Hitler: The Definitive Biography,” wrote that the tyrant and mass murderer thought the U.S. reservation system was a useful template for Jewish concentration camps.
“Hitler’s concept of concentration camps as well as the practicality of genocide owed much, so he claimed, to his studies of English and United States history,” wrote Toland. “He admired the camps for Boer prisoners in South Africa and for the Indians in the Wild West; and often praised to his inner circle the efficiency of America’s extermination — by starvation and uneven combat — of the red savages who could not be tamed by captivity.”
On Monday, Trump had a response to Clinton’s “off the reservation” comment: “The Indians have gone wild” over her use of it.
“Now I won’t even bring up the fact that the Indians have gone wild on that statement. You know that, OK. The Indians have said that that statement is a disastrous statement, and they want a retraction. I’m not going to get into that,” Trump told CNN’s Chris Cuomo on “New Day.”
…Continue reading @ CNN Opinion

– Comments section is interesting, from the very first:

“Indians have always gotten little respect, how about we stop squibling over words and do something

there were over 200 different tribes here at one time each with indeginous  culture, religion, and language, DNA

I’d be fun, tribes from all over and their dancing and drums

and the old songs

and all the beauty and wisdom they represent

yes then maybe you can say, “let us respect the Indians.”

“Despite trailing behind Hillary Clinton in polls, Sanders once again proved his appeal to disaffected midwest voters by pulling off his 18th victory of 2016.

Bernie Sanders threw a last-minute hurdle in front of Hillary Clinton’s march toward the Democratic party nomination on Tuesday by clinching a surprise victory in the Indiana primary.

Despite trailing by an average of seven points in opinion polls and losing a string of bigger, more diverse states on the east coast, Sanders once again proved his appeal to disaffected midwest voters by pulling off his 18th victory of 2016, according to Associated Press projections.

Sanders said: “The Clinton campaign thinks this campaign is over. They’re wrong. Maybe it’s over for the insiders and the party establishment, but the voters inIndiana had a different idea.”

His success in Indiana was overshadowed by Ted Cruz’s decision to drop out of the Republican race, leaving the path to victory clear for Donald Trump.

The Sanders campaign hopes that Indiana will mark one last turning point in a Democratic race characterised by a series of surprise comebacks that have prolonged Clinton’s otherwise relentless path toward the nomination.

He is well placed to pull off similar wins in West Virginia on 10 May and Oregon on 17 May, before a final showdown next month in California, whose 546 delegates present the biggest prize of the contest.”